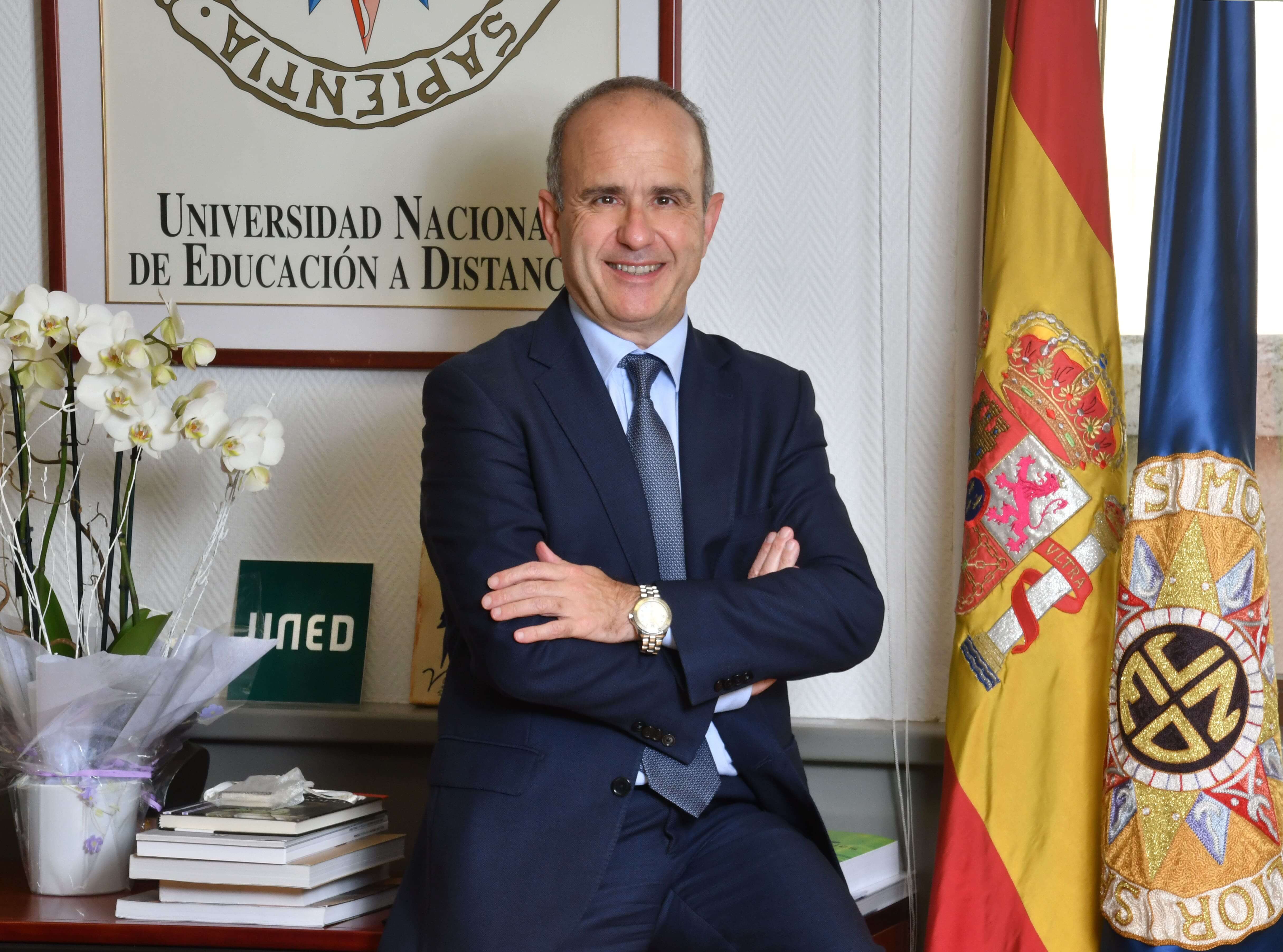 Ricardo Mairal Usón is Full Professor of Linguistics at UNED since 2002. He has been the Vicerrector for Research and Knowledge Transfer (2013-2016), Vicerrector for Teaching Staff and Academic Planning and First Vicerrrector (2016-2018), and he is currently the Rector at the UNED. He has also been the President of the Spanish Association for Applied Linguistics during 2011-2017 (AESLA: http://www.aesla.org.es/es).

His main areas of research interest are lexical knowledge representation, neurolinguistics and computational linguistics. He has been involved and participated in over 20 research projects funded by the Ministry of Economy and Competitiveness, the Ministry of Education and the Regional Government of Madrid. He has co-authored or co-edited a number of books including: Nuevas perspectivas en Gramática Funcional (Ariel, 1999) awarded the Nation Research Price AEDEAN 1999, Constructing a lexicon of English verbs (Mouton de Gruyter, 1999), New perspectives on argument structure in Functional Grammar (Mouton de Gruyter, 2002), En torno a los universales lingüísticos (Cambridge University Press, 2003), Linguistic Universals (Cambridge University Press). He has also published over sixty scholarly articles which have appeared in specialised national and international journals. He has also lectured extensively as keynote speaker at national and international conferences on Applied and Theoretical Linguistics and has participated as an invited Professor in several doctoral programmes at other universities, both national and international. He has served as a scientific committee member for several specialised journals, including Cuadernos de Investigación Filología, Atlantis, RESLA, Estudios Ingleses de la Universidad Complutense, Onomázein and Functions of Language. He has done occasional review work for Cognitive Linguistics and Language Sciences and has also been a member of the advisory committee of various international conferences on Role and Reference Grammar.